Step 1:
Place beets in a large stockpot with water to cover. Bring to a boil, and cook until tender, about 15 minutes depending on the size of the beets. If beets are large, cut them into quarters. Drain, reserving 2 cups of the beet water, cool and peel.

Step 2:
Sterilize jars and lids by immersing in boiling water for at least 10 minutes. Fill each jar with beets and add several whole cloves to each jar.

Step 3:
In a large saucepan, combine the sugar, beet water, vinegar, and pickling salt. Bring to a rapid boil. Pour the hot brine over the beets in the jars, and seal lids.

Step 4:
Place a rack in the bottom of a large stockpot and fill halfway with water. Bring to a boil over high heat, then carefully lower the jars into the pot using a holder. Leave a 2 inch space between the jars. Pour in more boiling water if necessary until the water level is at least 1 inch above the tops of the jars. Bring the water to a full boil, cover the pot, and process for 10 minutes. 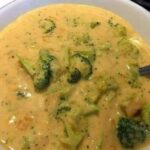