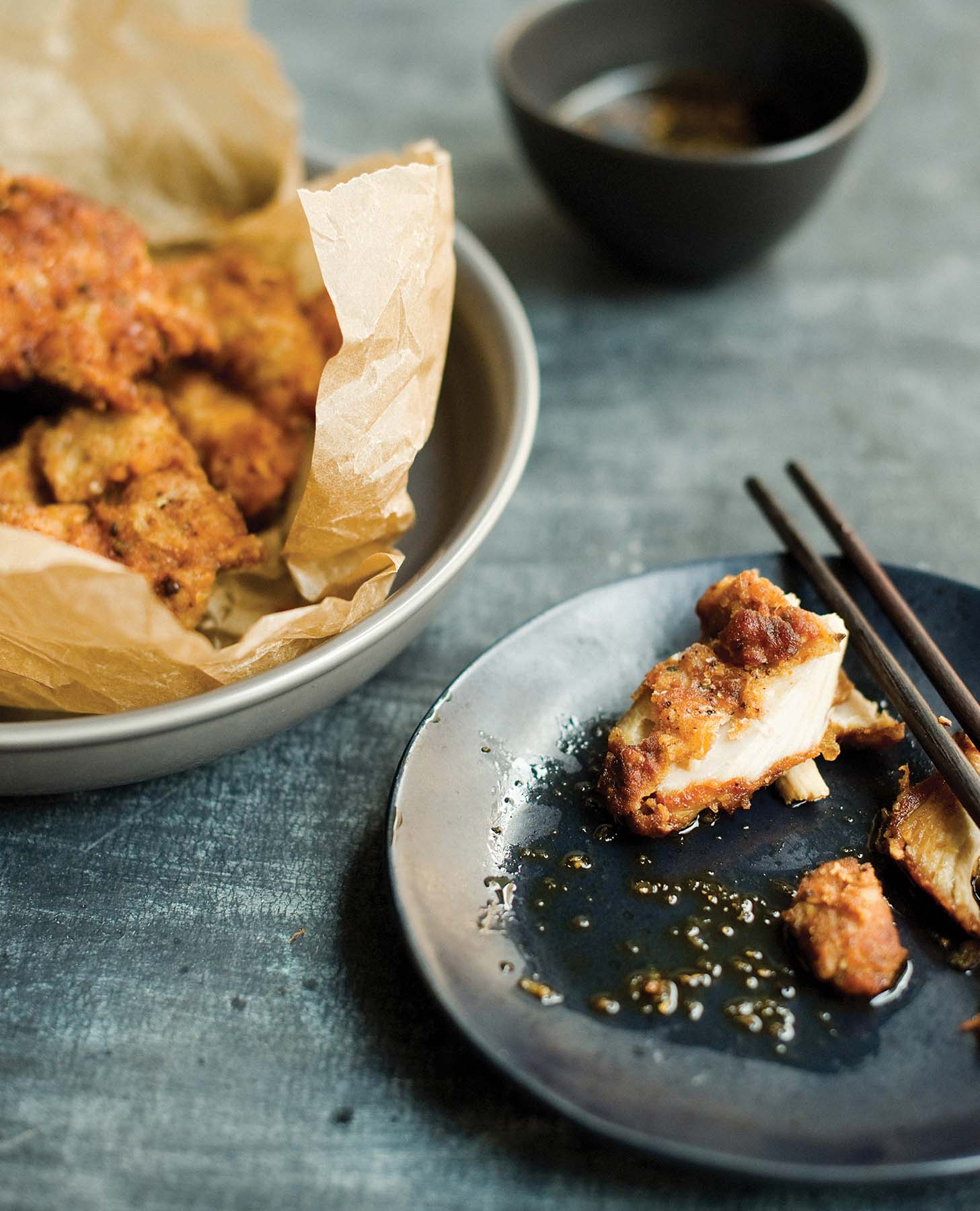 Start to finish: 2 hours 15 minutes (30 minutes active), plus cooling
Servings: 8
Let’s face it, stuffing is basically a flavorful sponge to soak up gravy and any stray melting butter that escapes a vegetable. But mincing and sauteing the aromatics that help turn bland bread tasty is a chore. We sped things up—and maximized flavor—by giving butter, fresh herbs and raw shallots a whiz in the food processor, then using the resulting paste to season bread cubes as they toast in the oven. We found that any sturdy, high-quality sliced sandwich bread worked well. As the bread bakes, the raw bite of the shallots cooks off, leaving behind a mellow tang.

Chopped celery was tossed with melted butter and mixed into the bread, softening as the cubes toast. The mixture then was moistened with chicken broth and a touch of cream before being baked to create a relatively carefree stuffing that will satisfy even the strictest traditionalists.
Don’t use regular chicken broth. Make sure to use low-sodium, otherwise you’ll end up with an oversalted stuffing.

1. Heat the oven to 325ºF with racks in the upper- and lower-middle positions. In a bowl, toss the celery with 1 tablespoon of the butter; set aside. In a food processor, combine the shallots, sage, thyme, salt, pepper and the remaining butter. Process to form a smooth paste, about 30 seconds.

2. In a large bowl, combine the bread and shallot-herb paste, tossing gently. Fold in the celery, then divide the mixture between 2 rimmed baking sheets. Bake until the celery is tender and the bread is crisp and golden, 50 to 60 minutes, stirring the bread and switching and rotating the pans halfway through. Let cool slightly. At this stage the bread mixture can be cooled, bagged and stored for a day.
3. When ready to proceed, increase the oven temperature to 400°F. Transfer the bread mixture to a large bowl, scraping any browned bits off the sheet pans. Fold in the broth, cream and parsley; let sit for 10 minutes, stirring occasionally. Transfer to a 13-by-9-inch baking dish and spread evenly. Bake on the upper-middle rack until well browned on top, 40 to 45 minutes, rotating the dish halfway through. Let sit for 20 minutes before serving.