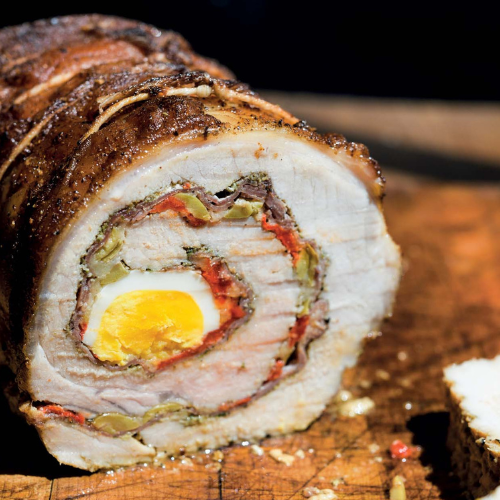 Start to finish: 4 hours (1 hour active) Servings: 6 to 8
This Asian-inflected take on barbecue pulled pork was inspired by the “Pigalicious” wrap served at Bird & Ewe in Sydney. White miso and gochujang provide deep, savory-sweet notes and lots of complex flavor to oven-braised pork butt. Miso usually is sold in the refrigerator case; gochujang, or Korean red pepper paste, does not require refrigeration until the container is opened. Both are available in well-stocked supermarkets and Asian grocery stores.

The pork cooks for about three hours; use this time to prep and cook the miso-seasoned onions that are combined with the meat after shredding.
Don’t forget to skim the fat off the cooking liquid so the pulled pork doesn’t end up greasy. But make sure to allow the liquid to settle before skimming so all the fat has time to rise to the surface.

1. Heat the oven to 325°F with a rack in the lower-middle position. In a large Dutch oven, combine the pork, ½ cup of gochujang, 2 tablespoons of miso, the cilantro stems, the hoisin, ginger and 1 cup water; stir to combine. Bring to a simmer over medium-high, then cover and place in the oven. Cook until a skewer inserted into the meat meets no resistance, about 3 hours.
2. Meanwhile, in a 12-inch nonstick skillet over medium-high, heat the oil until shimmering. Add the onions and ½ teaspoon salt, then reduce to medium. Cook, stirring occasionally, until the onions are golden brown, about 15 minutes. Stir in the remaining 4 tablespoons miso and cook, stirring frequently, until the miso begins to brown, about 5 minutes. Transfer to a plate and let cool, then cover and refrigerate until ready to use.
3. Using a slotted spoon, transfer the pork to a large bowl. When cool enough to handle, shred into bite-size pieces, discarding any fat; set aside. Remove and discard the ginger chunks from the cooking liquid. Tilt the pot to pool the liquid to one side and use a wide spoon to skim off and discard as much fat as possible from the surface. Bring to a simmer over medium-high and cook, stirring occasionally, until reduced by about half and a spatula drawn through the sauce leaves a trail, 5 to 7 minutes.
4. Whisk the remaining 4 tablespoons gochujang into the sauce. Stir in the pork and onions. Reduce to medium and cook, stirring frequently, until heated through, 5 to 10 minutes. Off heat, stir in the vinegar, then taste and season with pepper. Serve with cilantro leaves, pickled carrots and pickled jalapeños. 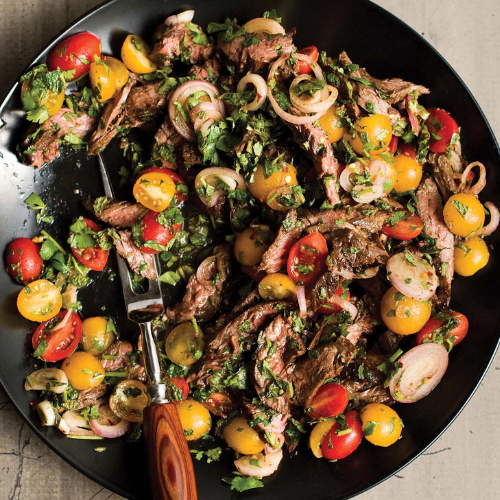