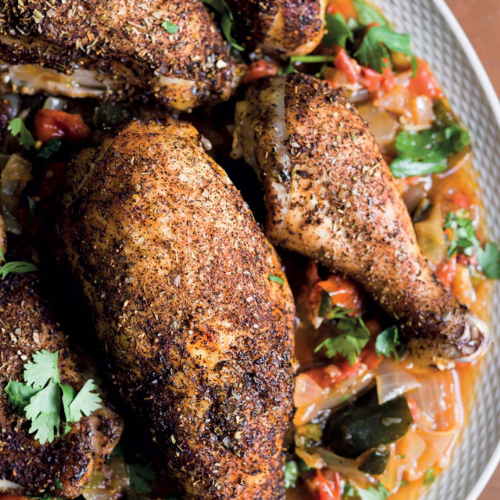 Start to finish: 2 hours (30 minutes active) / Servings: 4
It’s easy to take a skin-deep approach to chicken, paying lots of attention to getting a golden brown crust only to end up with dull, bland—and too often overcooked—meat. We avoid that trap by adopting the Chinese technique of whole-bird poaching to create a chicken with simple, clean flavors and a silky, tender-but-firm meat primed for a variety of vibrant sauces. Simmered without soy sauce (and therefore white), the classic Cantonese dish is known as white-cooked or white-cut chicken. Poaching—in which the chicken is slowly cooked in liquid just below a simmer—delivers heat evenly, so no worries about dry breasts or pink thighs.

The whole process takes about the same amount of time as roasting, most of it hands-off. In fact, the last 30 minutes of cooking occurs off the heat entirely. Poaching results in blond skin that most Americans will want to discard (though Chinese cooks leave it on and consider it perfectly tasty). The bright aromatics of raw scallions and ginger worked best in a soy sauce–based dressing, which we thinned with some of the poaching liquid.
Don’t use cooking sherry for this recipe; it usually has added sodium and little, if any, actual sherry flavor. Look for a high-quality (but affordable) dry sherry.
For the chicken and poaching broth:

1. Remove the chicken from the refrigerator and let sit at room temperature while making the broth. Reserving a few sprigs for garnish, cut the cilantro bunch in half crosswise, separating the stems and leaves. Use kitchen twine to tie the stems and scallions into a bundle. Chop enough of the cilantro leaves to measure ½ cup and set aside. (The remaining cilantro leaves are not needed.)
2. In a large pot (at least 8 quarts) over high, combine the cilantro-scallion bundle with the remaining broth ingredients and bring to a boil. Using tongs, lower the chicken into the broth breast side up, letting the liquid flow into the cavity. If the chicken isn’t fully submerged in the broth after flooding the cavity, weigh it down with a plate.
3. Allow the broth to return to a boil, then reduce heat to medium and cook for 25 minutes, adjusting the heat to maintain a bare simmer; flip the chicken to be breast side down after 15 minutes. Turn off the heat, remove the pot from the burner and let the chicken sit in the hot broth for 30 minutes. Transfer the chicken to a carving board and let rest for 15 minutes.
4. While the chicken rests, prepare the dressing. In a small bowl, stir together ¼ cup of the poaching broth, the scallions, soy sauce, grapeseed oil, ginger, vinegar, sesame oil and sugar.
5. Using a sharp knife, remove the legs from the chicken by cutting through the thigh joints, then separate the thighs from the drumsticks. Carve the breast meat from the bone and slice each breast crosswise into 4 pieces. Discard the chicken skin, if desired. Spread the cabbage on a serving platter, then arrange the chicken pieces on top. Pour the dressing over the chicken and sprinkle with the reserved ½ cup chopped cilantro. Garnish with cilantro sprigs. 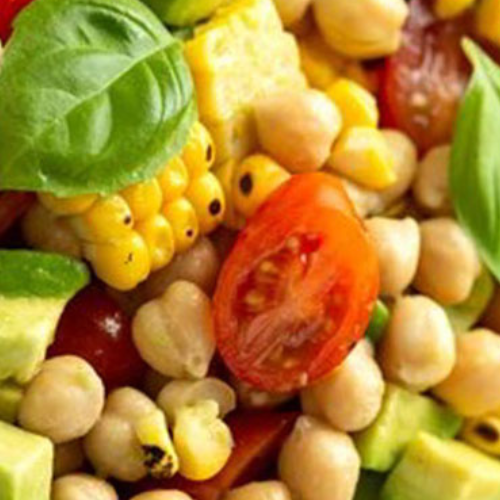 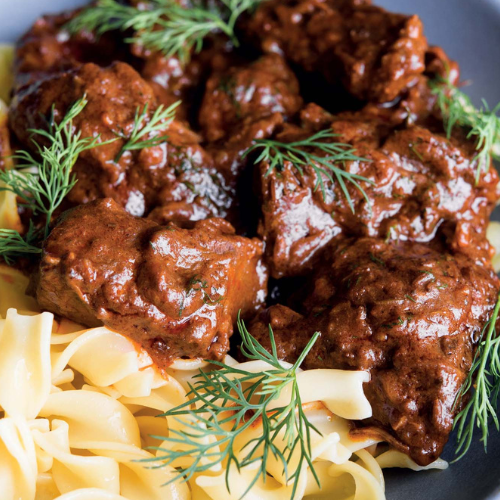 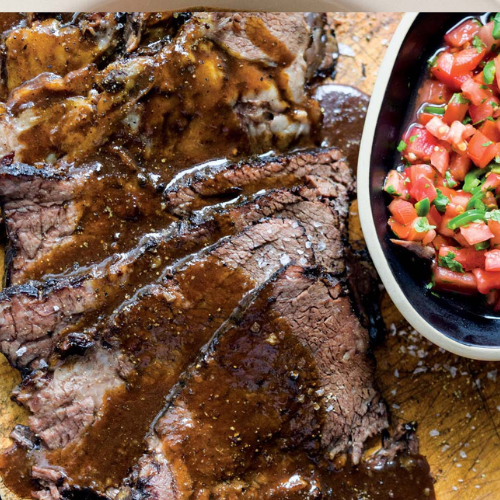